The Melbourne-based firm is a huge success story in Australia, selling a range of premium quality personalised products for kids including name labels, jigsaw puzzles, drink bottles, rucksacks and books.

Entrepreneur Mike Wilson set up the business in his spare bedroom 16 years ago and it grew quickly, with business partners Nick McLennan and Ben Hare joining six months and three years later respectively.

The company’s ongoing success has seen it win the online retailer of the year at the Australian Online Retail Industry Awards (ORIAS) in 2019 and 2020, before being inducted into its hall of fame in 2021.

We advised Tinyme on available buildings and the merits of Leamington Spa as a business location for its UK production centre. That advice quickly bore fruit, as we secured a seven-year lease on a 6,076 sq. ft premises in Hermes Close, on the Tachbrook Business Park.

Growing at home and the UK

Ben said: “Our business has grown to 65 employees in Australia and launched in the UK in 2011 with a dedicated website and an office in Birmingham in 2012.

“We’ve grown our UK business to the extent that we’re ready to open a manufacturing facility here. As we offer made-to-order products, it means we are closer to market and can ship faster and more cheaply to our customers, giving a much more responsive offering and a better customer experience.

“That’s what’s brought us to Leamington Spa. It’s very central for distribution and has really good workforce access, which is a big plus. The premises themselves are also ideal for what we need.

“We’re a relatively small business compared with some of the retailers we compete against in Australia, so we’re really proud of our achievements and being recognised for doing some pretty innovative stuff.”

Tinyme products will be produced alongside the company’s new brand, Opiqo, which offers personalised homewares which are also made to order.

Simon Hain, director of ehB Reeves, said: “Tinyme’s directors flew to the UK from Melbourne to look for a production base and after visiting Northampton, Coventry and Birmingham, they settled on Leamington.

“We were delighted to be able to secure a really good site for them here and it has been fantastic working with Ben, Nick and the team to get everything over the line.

“Tinyme is a proven success story both Down Under and in the UK and we wish them every success as they grow their operation here in Warwickshire.” 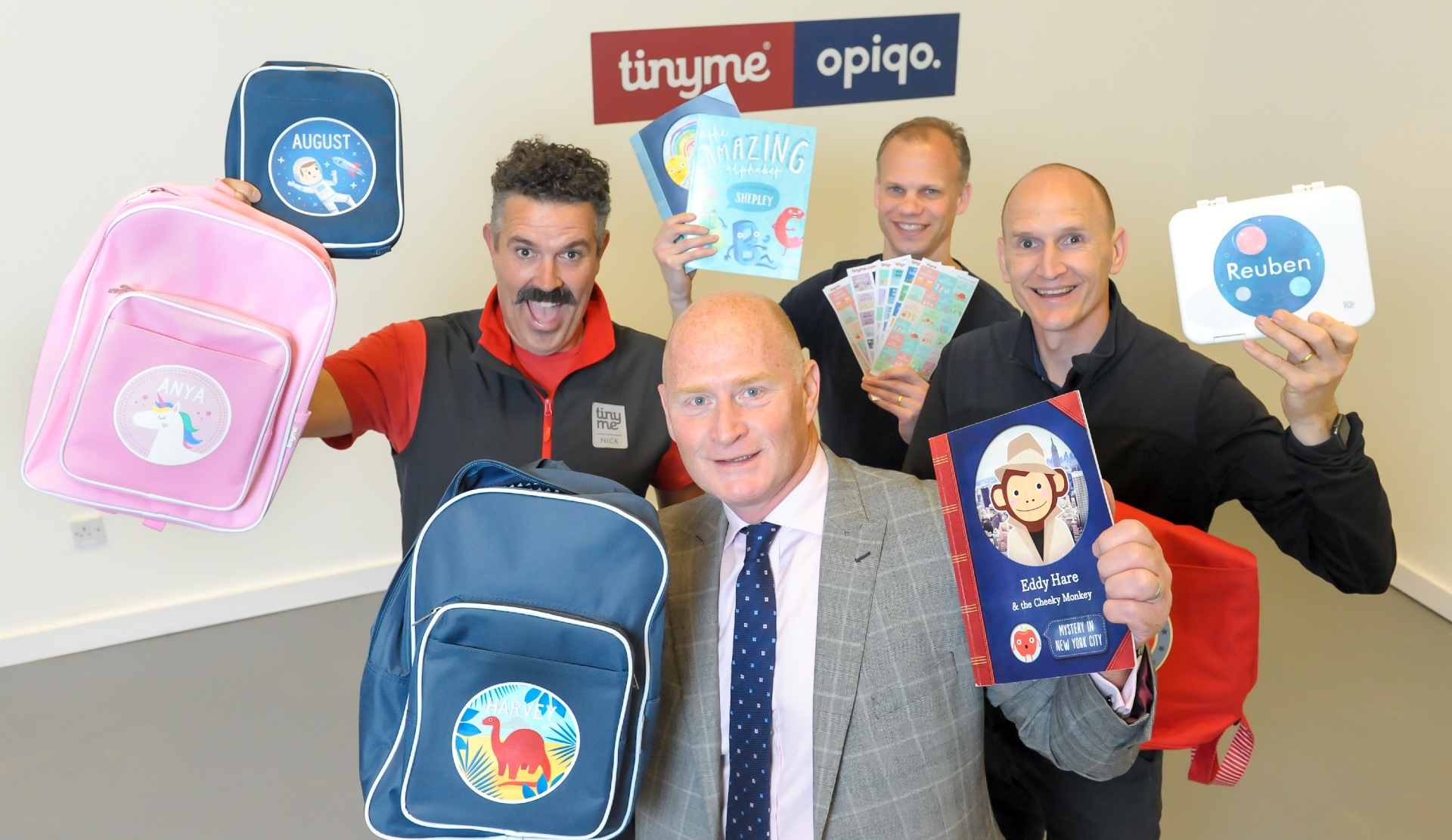