We’re delighted to report that business is booming in Leamington as we’ve leased 15 new properties for a combined total of 89 years since lockdown eased last summer.

We’ve agreed leases with a mixture of start-up businesses and established firms in the town centre since July 2021, all of which are signed up on terms of between five and 10 years.

Simon said: “The pandemic and the huge growth of online shopping has had a significant impact across the UK, with a marked reduction in High Street brands in many town and city centres.

“However, the independent sector has held up very well and these new companies are proof positive that ‘shop local’ is still the way to go for many towns and cities.

“It’s extremely heartening to see Leamington town centre flourishing with so many new businesses and we wish them all every success.”

Picture: Sam Hain, graduate surveyor from ehB Reeves with Domino Style Ltd’s Abigail Edmunds, one of the 15 business owners to agree leases with ehB since the end of lockdown restrictions last summer. 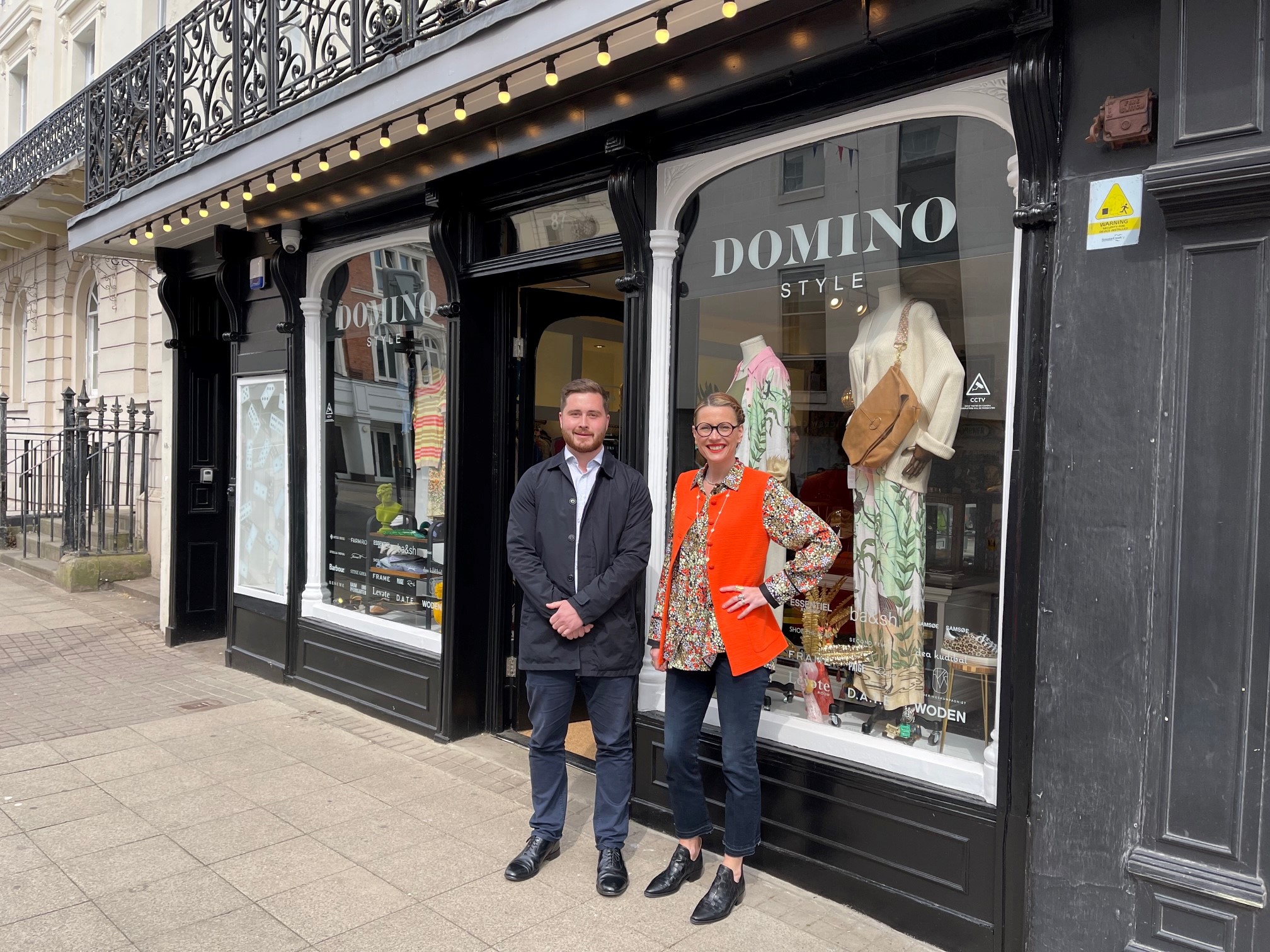