A kind-hearted colleague at a Leamington-based commercial property firm took part in the Birmingham Half Marathon to raise money for the Stroke Association.

Adam Boxer, facilities manager at ehB Reeves, ran the popular half-marathon for a second year in a row with former colleagues at SAIC Motors.

Adam set out to raise £180 for the Stroke Association but thanks to generous donations from staff at ehB Reeves and elsewhere, he achieved a total of £375.

The SAIC team were delighted to have raised more than £1,000 collectively for the charity.

Adam said: “Despite moving onto pastures new, I wanted to fulfil my promise to run the race and help raise money for an important cause.

“The atmosphere on the day was lively and full of enthusiasm, despite the heavy rainfall. I enjoyed taking part and plan to run again next year, and look forward to convincing my new colleagues at ehB Reeves.”

Director of ehB Reeves, Simon Hain, said: “We are all proud of Adam for taking part in the run and we are pleased we could support him and add to his total.

“This year we’ve raised more than £6,000 for Myton Hospice and plan to take part in more fundraising activities in 2020.”

ehB Reeves was born from a merger between ehB Commercial and Reeves and Partners in July 2018. For more information, visit www.ehbreeves.com. 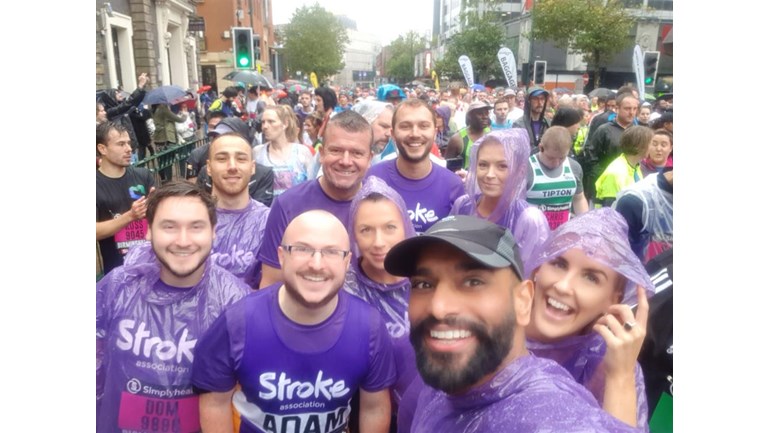