Influx of new business since merger

We have added two new members of staff on the first anniversary of our merger, which is already generating growth for the firm.

ehB Reeves was formed last summer after a merger between two long-established firms, ehB Commercial and Reeves and Partners.

Staff from the two companies are now based under the same roof in Clarendon Place, Leamington, and have two new faces among their number – agency surveyor, Sat Gill, and facilities manager, Adam Boxer.

Sat, from Solihull, joins ehB from SK Group, one of the largest franchisees of Domino’s in the country, and the master franchise holders of Tim Hortons for the UK and Ireland.

He managed the UK and Ireland store roll out programme for Tim Hortons and store builds from Belfast to Birmingham’s flagship store.

On the Domino’s side of the business, he managed new store builds, adding to a portfolio of 200-plus stores and the refurbishment programme of the group’s existing portfolio.

He said: “I have been involved in property development from a young age with my family, which has led to me developing a passion for all property-related matters.

“My aim with ehB is to expand my knowledge and progress through the company.”

Adam, from Wellesbourne, joins ehB from SAIC Motor, the Chinese company which owns the MG brand. He was responsible for the property management at MG’s famous Longbridge site.

He said: “I’ve always worked in facilities management and health and safety roles and I’ll be aiming to add a new and different dynamic as part of a great team here at ehB Reeves.

“I plan to develop this role further and assist in the already excellent work of the company, ensuring its steady, continued growth while furthering my personal ambitions.”

Simon Hain, director of ehB Reeves, said: “It has been an extremely exciting year for us all and we are delighted with the success the merger has brought. What has been achieved is a testimony to the commitment and teamwork of all our staff.

“It was always our stated aim to grow after the merger, so we are delighted to have brought in Sat and Adam, who both have more than a decade’s experience in their fields and are important additions to our team.

“This is an exciting and a challenging time to be in the commercial property business and we are very much looking forward to the future and the new opportunities presented to us.”

Rob has worked in the commercial property sector for more than 25 years, in a range of roles including agency work, acquisitions, property disposals, property management and consultancy. 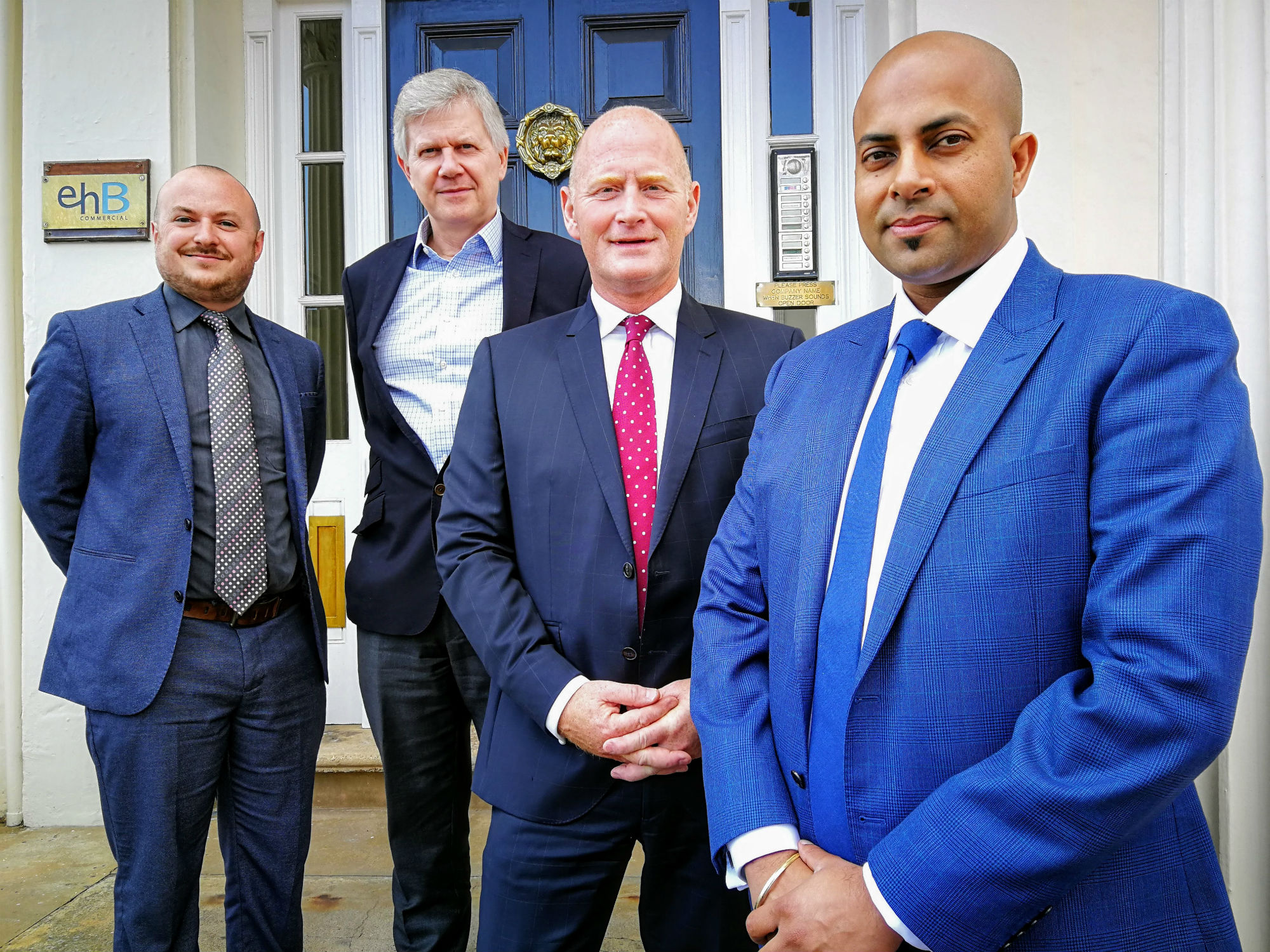