A Warwick charity has received a welcome boost to its coffers from a series of fundraising events by a Leamington-based commercial property firm.

The Myton Hospice, which helps people suffering from incurable illnesses, has received £6,500 in donations from property consultants ehB Reeves, in Clarendon Place.

Kind-hearted staff at ehB organised a golf day, took part in an ‘It’s a Knockout’ fun day and even climbed Mount Snowdon dressed at Santas to help raise funds for the hospice, which is situated in The Grange, Warwick.

The money has been raised over the last 18 months, after ehB chose to mark its 10th year in business by supporting Myton as its nominated charity.

Simon Hain, ehB Reeves director, saluted his fabulous fundraisers, saying: “We are delighted to support the amazing work Myton Hospice does in this area.

“All the fun we’ve had at the golf day, fun days and climbing Snowdon was made extra special because it was all in aid of such a worthwhile cause.”

Chris Wilmot, corporate fundraiser for Myton Hospice, said: “We are incredibly thankful to ehB for their continuing support.

“It was great to see them enter a team at our It’s a Knockout event in June as part of their ongoing fundraising.

“The support of businesses is vital in enabling us to raise the £9.2million we need this year to continue providing our services free of charge.” 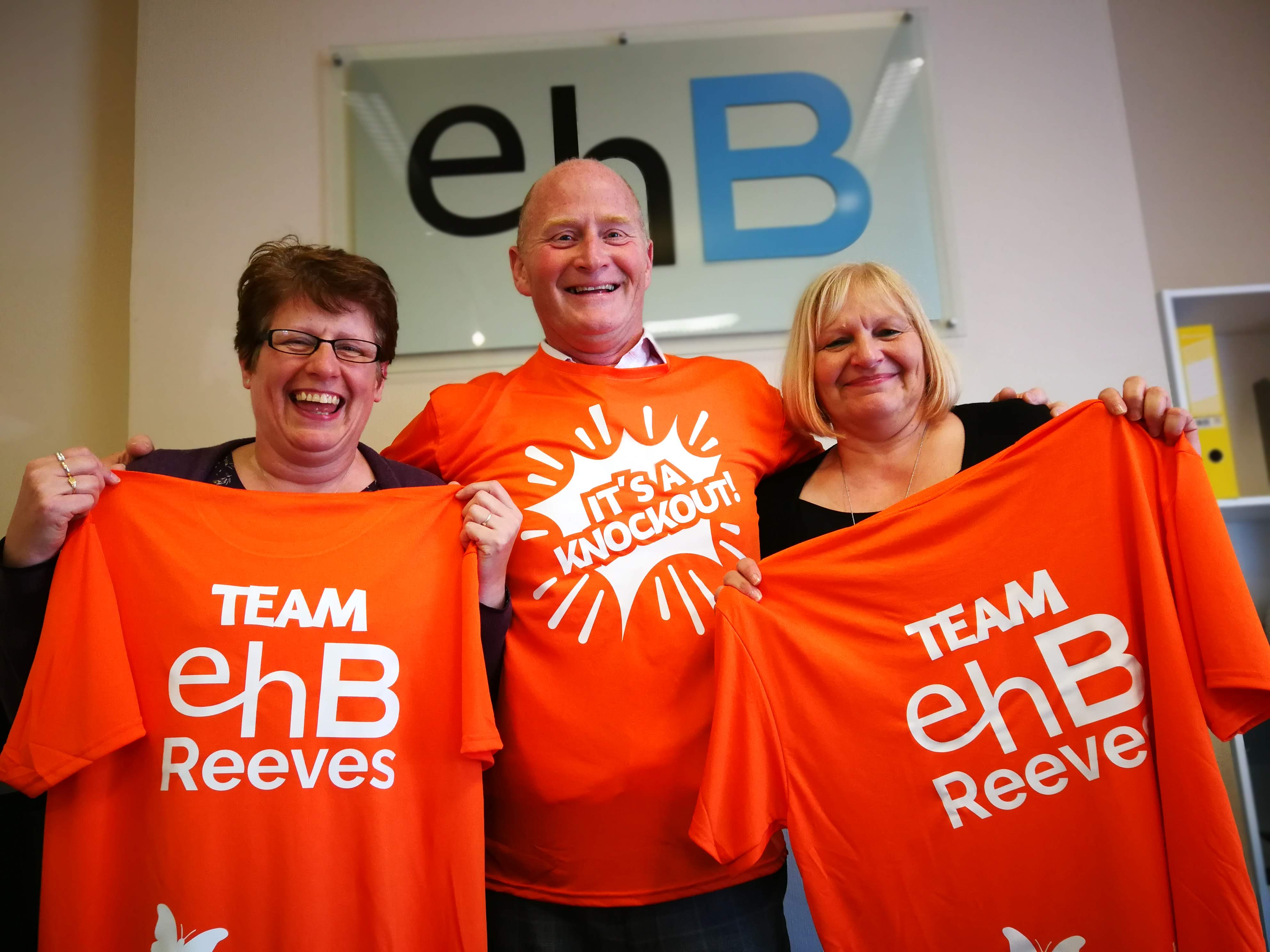