Set up by business partners Amber Price and Adam Finney, Skintelligence offers everything from skin tightening procedures and rejuvenation to the removal of hair, pigment, vessels and tattoos.

Miss Price, who currently lives in Coventry but decided to open her clinic in Leamington after spotting a gap in the market, said: “We haven’t been open for long but we’ve already seen a steady number of visitors through our doors, which isn’t surprising as we’re the first high end independent skin clinic in the town.

“There are a number of other laser/IPL operators in Leamington, as well as chains such as SK:N, but we’re the first independent clinic to offer such a wide range of specialist medical grade aesthetic services under one roof – especially when it comes to our tattoo removal department which can remove any colour ink – something which is quite unique in our industry.

The Park Street premises has also already attracted the services of a self-employed nurse prescriber who offers injectable and medical rejuvenation procedures, an experienced beauty therapist, and the UKs largest micropigmentation training provider.

Simon Hain, director at ehB Commercial, said: “Skintelligence offers a real unique service and I’m sure Amber and the team will do very well in Leamington.

“Amber had actually visited the space on Park Street several times in its former guise as a beauty salon, but initially looked into alternative locations as she thought the premises would be out of her price range. She was thrilled when she found out the rent was under £20,000 per annum – a great price for a space of this size.” 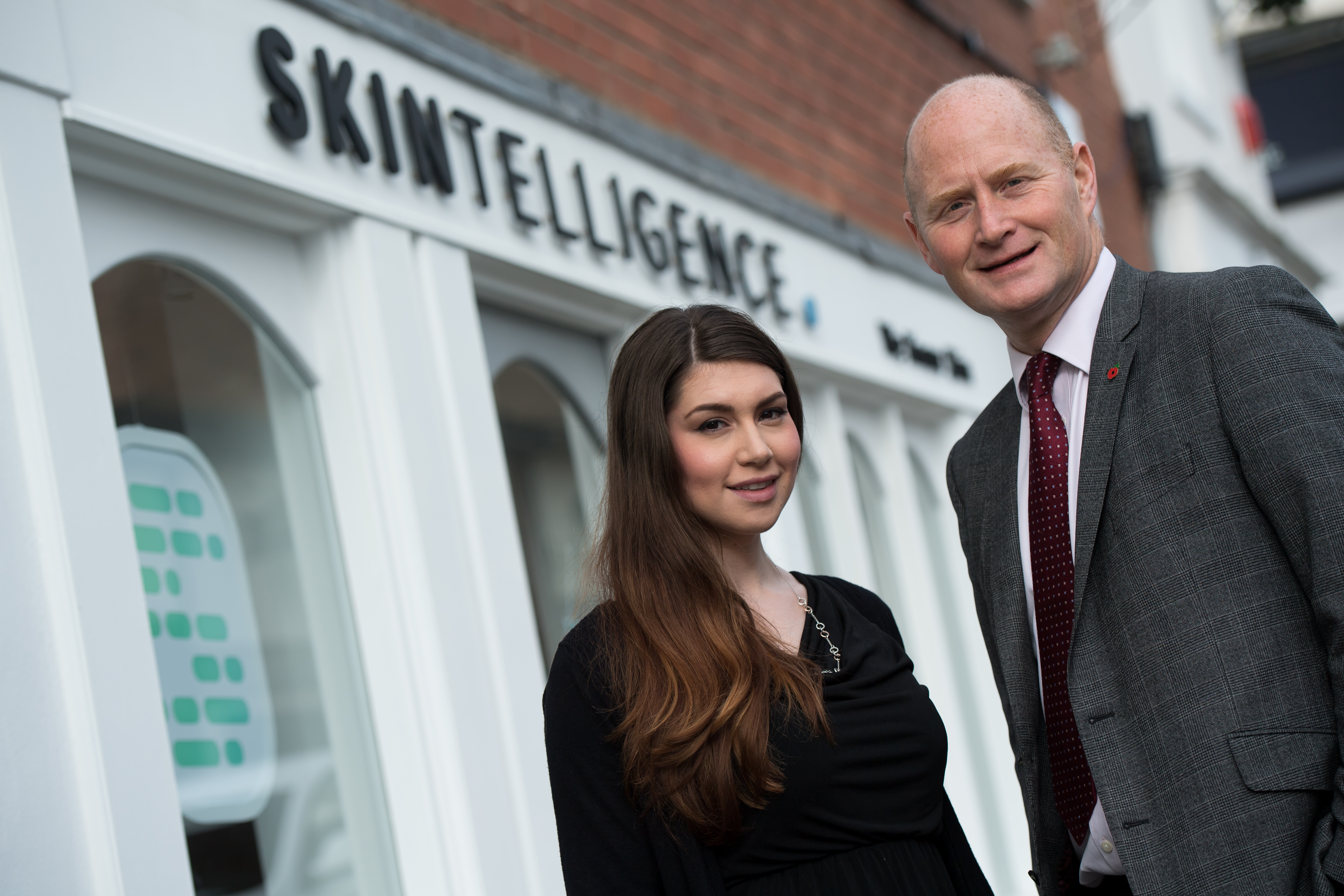