A new Leamington café is bringing the best of Japanese home cooking to Warwickshire thanks to the culinary skills of owners and managers Nana Hirayama and Mary-Jane Bond.

Nana’s Japanese Café has been open for less than a month but business at the Regent Street eatery is already booming.

Mary-Jane said: “Nana is originally from Tokyo and I’m from Nagoya so we both have a great deal of knowledge when it comes to Japanese cooking.

“We wanted to offer our diners dishes which they could expect if they visited us in a Japanese home, so we created a menu with recipes which have been passed down by our families, alongside western dishes with an oriental flair.

“So far business has been going extremely well – we very rarely see any food left on the plates when they come back to the kitchen.”

Nana and Mary-Jane both live in the Cotswolds but make the daily commute to Leamington due to their love of the town.

Nana said: “I attended Coventry University and fell in love with Leamington. The vibrant selection of small independent businesses has made it the perfect place to open our café and we already have a number of regulars, which is fantastic.”

Jonathan Blood, assistant surveyor at ehB Commercial, said: “We’re thrilled to hear that Nana’s Japanese Café is already thriving. Regent Street is a perfect location for the café and I’m sure the business will continue to be extremely successful during the remainder of the three-year lease.” 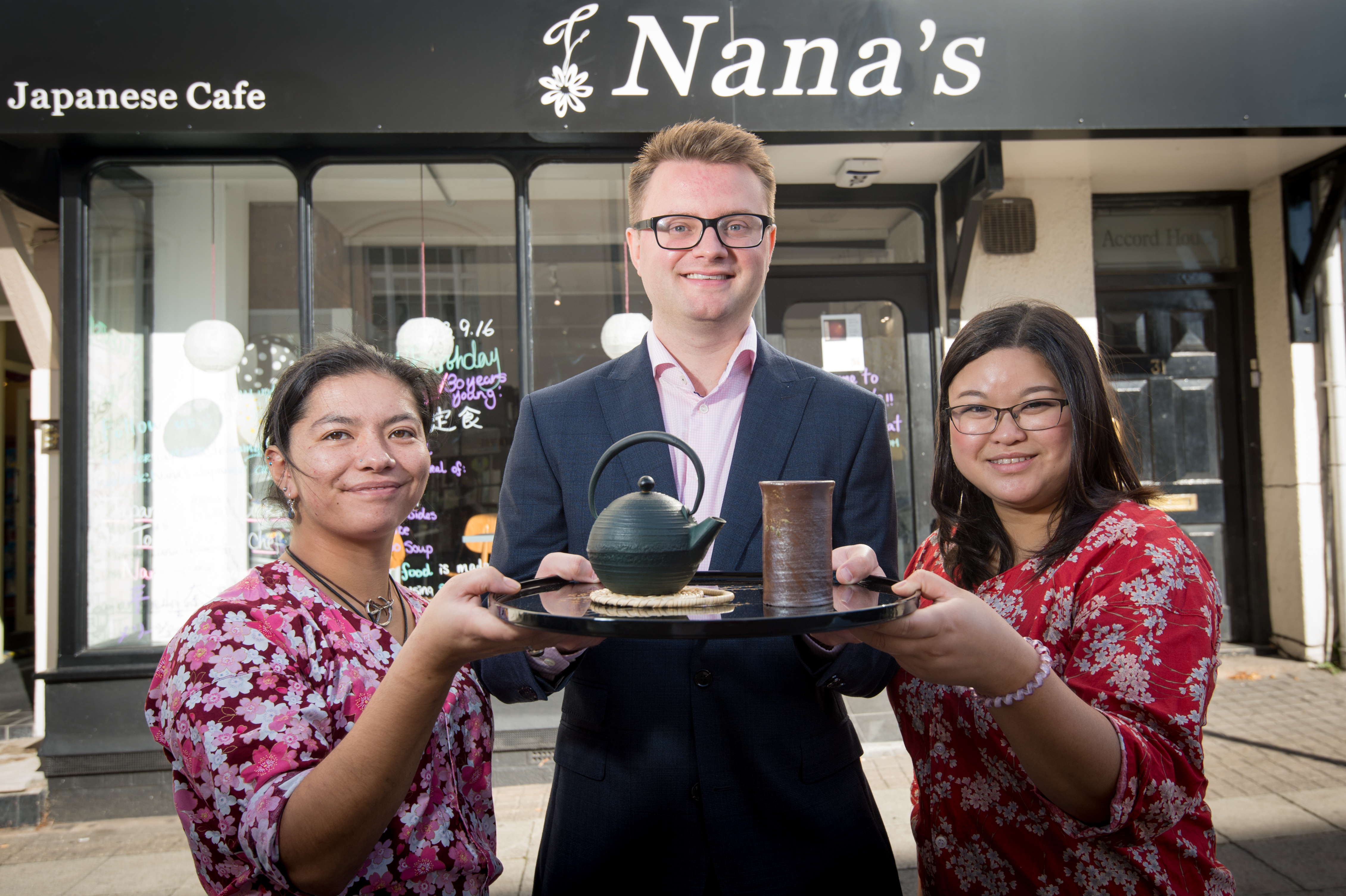